The Collectif Créatif Association was born around a budding community of creative thinkers whose paths crossed several times and in different contexts at the Medina of Tunis. In the socio-cultural vibrance of post-revolutionary Tunisia, the Medina was a promising space to promote the development of alternative cultures and to align existing initiatives. Driven by the need to structure these dynamics, while allowing freedom of action and participatory action, this community came together around an association.

Collectif Créatif, launched in April 2016, is a group of cultural actors interested in creative industries in their diverse and varied forms, such as: cultural heritage, contemporary design/art, artistic mediation, art education, audience development and media tools. The
association is represented by a group of different creative, cultural, artistic and social projects that aim to bring a new dynamic within the Medina of Tunis. This objective is achieved by including young people and the inhabitants of the neighbourhood in the process.

This lecture is held in English. 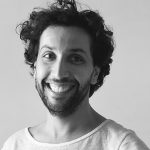 Aymen Gharbi is an artist, architect and culture producer who lives and works in the Medina of Tunis. After graduating from ENAU (Ecole National d’Architecture et d’Urbanisme), he focused on urban heritage and sociocultural participation. His work at INP (Institut National du Patrimoine) is dedicated to the architectural development of the Medina. He is one of the founders of “Doolesha,” an interdisciplinary team that experiments with urban exploration. Based on the idea of “strolling,” they create formats to share their vision of the Medina with inhabitants and visitors from all over the world. 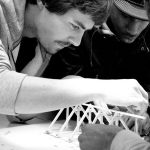 Benjamin Perrot is interested in experimentation and a collaborative approach to art, design and constructed environments. How can we learn and work as a collective to develop spaces that foster alternative forms of interaction and production? When he founded El Warcha in Tunis, it didn’t take long for it to be taken over by children. While the adults could only dedicate limited amounts of time to the Warcha, the children were ready to play. Play is often the starting point and the end product of Benjamin’s work, a chance to make things collectively based on intuition and enjoyment. 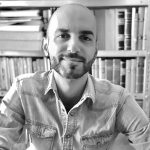 Dhafer Ben Khalifa is an university lecturer, designer and co-founder of Collectif créatif association that aims to promote culture through creative industries. His work includes a multidisciplinary approach involving several topics such as ecological resilience through creative solutions and design, workforce development and entrepreneurship in the fields of creative industries, bridging the civil society-academia gap and related subtopics.

This website uses cookies to improve your experience while you navigate through the website. Out of these, the cookies that are categorized as necessary are stored on your browser as they are essential for the working of basic functionalities of the website. We also use third-party cookies that help us analyze and understand how you use this website. These cookies will be stored in your browser only with your consent. You also have the option to opt-out of these cookies. But opting out of some of these cookies may affect your browsing experience.
Necessary Always Enabled
Necessary cookies are absolutely essential for the website to function properly. This category only includes cookies that ensures basic functionalities and security features of the website. These cookies do not store any personal information.
Non-necessary
Any cookies that may not be particularly necessary for the website to function and is used specifically to collect user personal data via analytics, ads, other embedded contents are termed as non-necessary cookies. It is mandatory to procure user consent prior to running these cookies on your website.
SAVE & ACCEPT