Plato and Aristotle once assured us that the origin of philosophy is amazement. The modern era is amazed that anything exists at all. In the recent past we have seen a new idea that is worth being amazed by: sustainability. I would like to go on a mental journey down the path of sustainability. This endeavour assumes a number of possible ways of thinking and there are three reasons that I will start this journey in search of something instead of having a clear goal in mind: Firstly, this interesting, diverse path seems to be more of a tail than an autobahn because it is interesting and varying. Secondly, after twelve years of working together with sustainable designers, this path has proven to be reliable. Thirdly, I hope that there may be a twist and turn on the path that will surprise even the most informed readers. So let’s go!

A Patch of Fog — The Middle Finger

Let’s cross the murky patch of fog that is ethics. At first glance, sustainability is a kind of ethical issue because you are supposed to do what you don’t want to. Which isn’t completely wrong. Sustainable behaviour implies that people recognise that principle responsibility comes before one’s personal interests and they say to themselves “You should!”. And that’s just the catch: People really like to say “You should!” to others, but not to themselves and they feel disconnected from external behaviour because they have the right attitude.

In sustainability communication, moral pleas do just the opposite of what they should: they make people go into a defensive mode. Which is no surprise. From the sociological perspective they have found that around 10% of the population is open to moral dictions, which is the same 10% that already leads a sustainable lifestyle. The other 90% reject the message or are indifferent, and this is the part of society whose behavioural changes would really make a difference. There’s a reason that the moral pointer finger and the “digitus impudicus”, the raised middle finger, are direct neighbours.

So let’s forget about morals and continue on our path, which now leads us to a forest. We are in Germany so of course this forest is orderly, the forests have been regulated here since the Early Modern Age. Back then, mining collapsed in many parts of the country as there wasn’t enough wood to support and secure the mining tunnels. In consequence, forest regulations were passed in order to manage wood as a scarce resource. It was Hans Carl von Carlowitz in 1713 who coined not only the principle of sustainable economics, but also the word “sustainability” in his work “Sylvicultura oeconomica” when he wrote that it was necessary to employ the greatest arts and sciences in order to manage a forest in such a way that its long-term use could be secured for the development of the country. Here we are dealing with genuine traditional thinking that incorporates the responsibility to maintain what you have so that future generations can benefit from it. The importance of this way of thinking developed around 15,000 years earlier when the Neolithic Demographic Transition began. The basic principle of this transition was that some of the harvest had to be kept as seeds for the following year in order to be able to harvest again. Strictly speaking that is saving resources for the future. A responsible economy would not think in quarters, but in generations.

A Clearing — A Crucial Question

We come out of the forest onto a clearing with a cross in the middle. Now it’s time to ask what we think about religion. If sustainability is a moral issue, why can’t it be a religious one, too. Isn’t it the Creator God who compels us to preserve his creation? This is the caring principle that influenced religious thinking in the Erly Modern Era: “Be fruitful and increase in number; fill the earth and subdue it […]” (Genesis 1:28) from the old testament can be translated in the modern era using the words “rule” and “subject”. But we would get closer to the Hebrew verbs if we also translated the responsibility and care that reverberate in this passage. The religious responsibility for creation would be a great idea if only the world were a bit more devout. But religious commandments have lost their normative power over society over the last few centuries and with the Reformation, they were finally banned to the private sphere. The crucial (sustainably asked) question could then be: Is sustainability more protestant or catholic? In honour of the anniversary of the Reformation we hear the same thing on a daily basis: A person’s beliefs alone make the person justifiable. Or put in a more modern way: The intention and inner attitude count. Martin Luther accused the Catholics of searching for salvation in external works such as the selling of indulgences. Sustainable development has revoked this basic assumption of the Reformation and has redeemed the selling of indulgences. For in sustainability the inner attitude is completely uninteresting, what counts is the corresponding behaviour. What good does it do if I don’t put my money where my mouth is?

There are innumerable examples of this. And the climate and finite resources don’t care why I am using them wisely, as long as I do it. Sustainable lifestyles are refreshingly superficial. It’s really enough to just refrain from doing some specific things, and if I do happen to do them, then I can go through a type of selling of indulgences with myself and compensate for it in another area of life.

A Balancing Act – The Art of Living

Now let’s go from the clearing to another path that leads us along a narrow ridge, on both sides there is an abyss. This is a very dangerous path where you have to be extremely careful not to lose control of your balance and not go too far off to one side. For Aristotle, moderation was one of the four cardinal virtues, the sophrosyne. Our effusive lifestyles neglect this virtue of antiquity in a risky way. And with that, all of this rambling has come to a head. Our planet’s natural resources are as finite as the most valuable thing that we have as individuals, namely our life. It is unquestioningly limited, just like the resources on our planet, but in a more specific way because everyone’s lifespan has its own individual limit. And how it ends is always an unknown.
This disturbing mix of the certainty of death and the uncertainty of when it will happen is the horizon of our human existence, “living to die”, whereby death is not just the last event in life, but life is rather planned around it. Heidegger calls that “the worry”, which not only represents being worried, but also caring for one’s own existence and that of our loved ones. Pension schemes, health and life insurance are the socio-economic realisation of this worrying.

A High Plateau – A Creative Mission

Even in early philosophy, mortality brought creative consequences. Epicurus postulated a lifestyle of simplicity, moderation and self restraint that was supposed to lead not to intense, but rather to long-lasting enjoyment. People don’t really read Epicurus anymore but his ideas live on in the diet and nutrition apostles of our time and the steady, unstoppable stream of guidebooks on the meaning of life and self-help books. For Montaigne, the limitations of lifespans implied the obligation to carefully structure one’s life. His most important conclusions were that we have to accept death and live everyday as if it were your last. He brought this idea to the point with his essay entitled “That to Philosophise Is to Learne How to Die” where he wrote that one of the greatest benefits is the contempt for death. “It is unclear where death awaits us – so we have to expect it everywhere! Considering death is considering freedom.”
Because our lifespan is a finite resource, we need to more carefully plan life because this brings meaning to it that hasn’t been a given since the enlightenment. This time is an exception: what is true on the subjective-biographical level holds true on the global level as well. The limitation of our planet’s resources is at the same time the contract to use them with moderation. Shortage leads to design. There is no path that leads away from this high plateau, there’s nowhere else to go. We as current world citizens are obliged to stay here, this is our place. This is a difficult responsibility, yes. But no other generation has had the insights into possible futures and mankind has never had a greater and more wonderful responsibility than we do today. Let us use this chance to do something great! 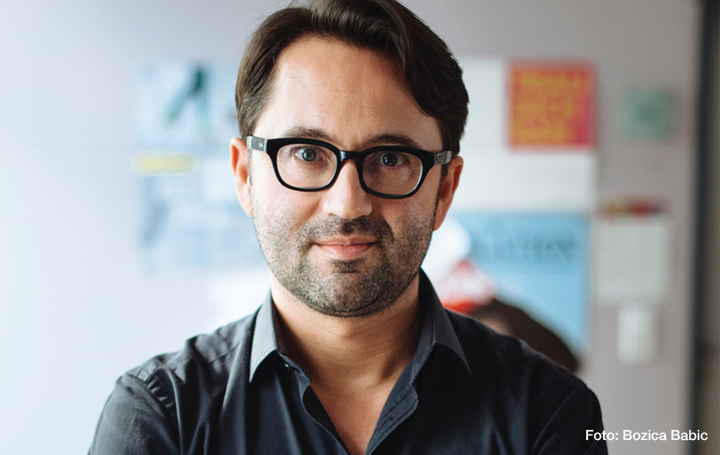 Bernd Draser has taught philosophy and cultural studies as the ecosign/Akademie für Gestaltung in Cologne since 2004. Draser’s focus is the culture-historical dimension of sustainability. Since 2009 he has been a co-organiser of the Sustainable Summer School and teaches sustainable design at other German colleges. His curriculums also concentrate on classic philosophical works as well as topics having to do with culture and religion studies, film aesthetics and literary history. In his many lectures and papers he has concentrated on the cultural history of sustainability and the aesthetics of design. He is co-editor of the 2013 publication “The History of Sustainable Design”. 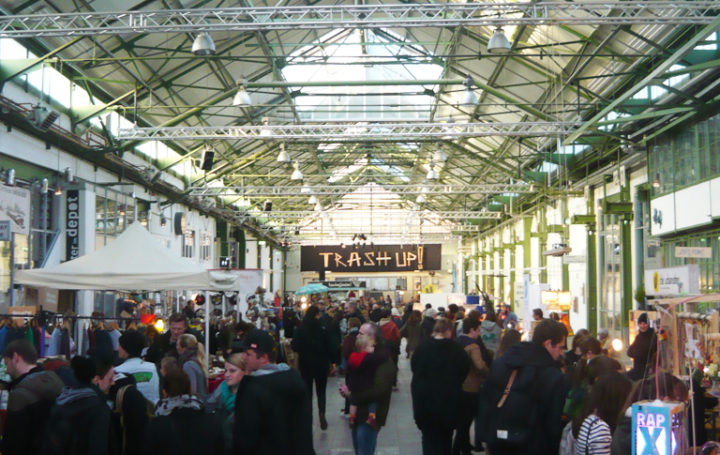 Trash Up! Festival in Dortmund

The Trash Up! Festival celebrated its premiere at Dortmunder Depot on 12th and 13th of November 2016 – we took part as cooperation partner.

Martin Weiß builds wooden surfboards for his label Backwood to foster sustainability in surfing. We visited him in his workshop in Aachen.